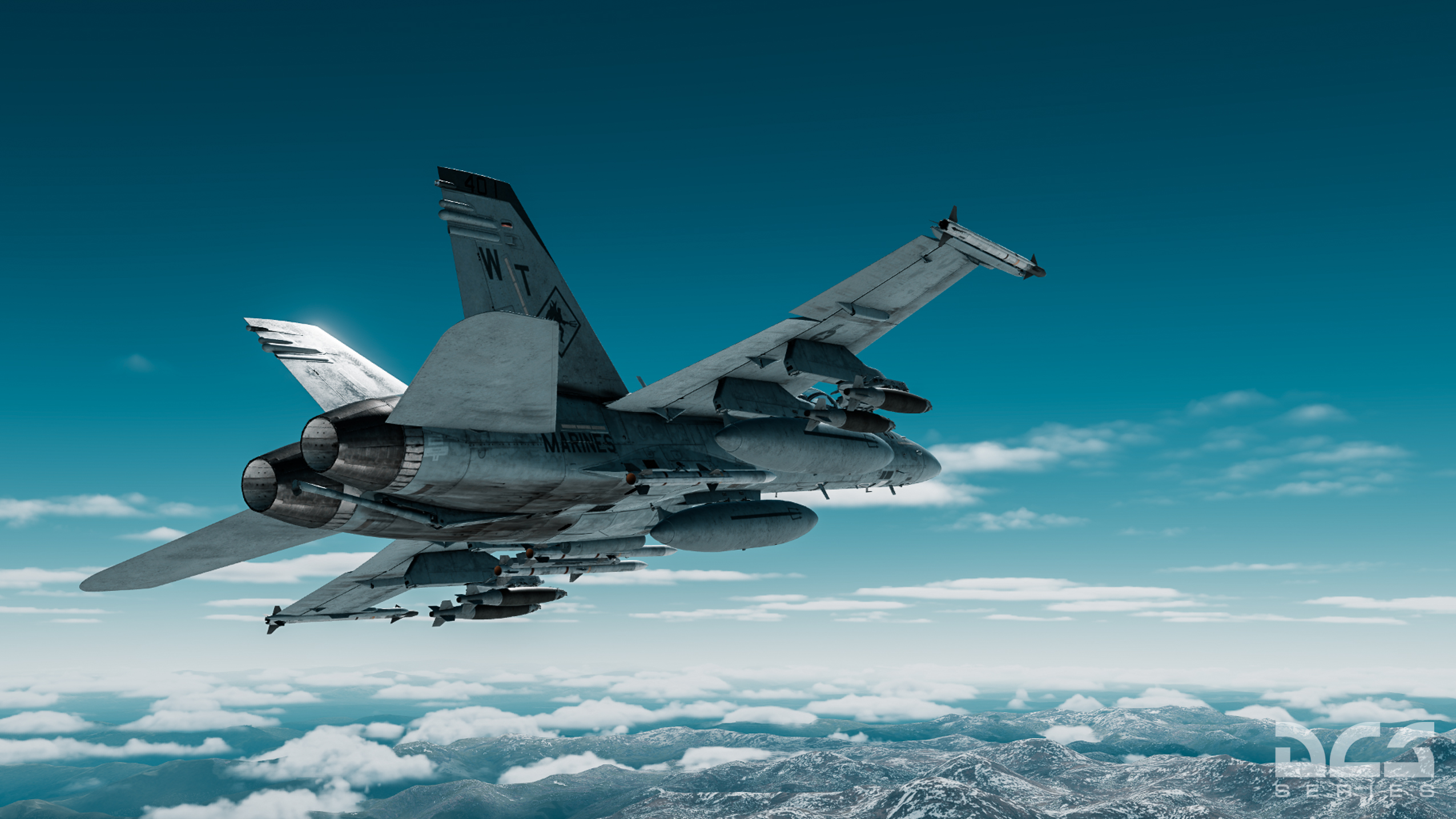 The Russian surprise attack a few weeks back was a large blow to the Georgian moral. Not to mention the status of Kutaisi airfield and our operations in the area. Georgian authorities reports that they have received many reports of small “Russian speaking” groups targeting critical infrastructures. We must stay alert.

N and W of Kutaisi (CAUCASUS).

MiG-29s have been reported in the region. Expect main threat from closest enemy air bases, located at Beslan, Sukhumi and Naltsjik. Intel estimates that the Russian Air Force will have routine CAP over Besland, Sukhumi and can launch 8-10 fighters in short succession from bases close to these airbases. Additional fighters can reinforce from other bases after a time span of 30 mins from first engagements.

The north “disputed” border to Abkhazia is heavily defended by Russian armor, infantry and supported by mobile SA system. The same goes for the area at South Ossetia. We have an SA-10’s located at Beslan, Sotsji and one SA-6 at Naltsjik.

Civilian air traffic is only active to and from Batumi.

The NATO Air Defense Committee (NADC) orders attack on the two SA systems located at Beslan and Naltsjik, and ground operations at the disputed border at Abkhazia. Together with Georgian defense forces NATO want to move the border back to Sukumi.

The mission contains 1 package, callsign RINGO. All flights are part of package RINGO.

This operation is divided into five phases which will be conducted chronologically: Establish CAP to defend our forces. Destroy the SA-systems and push the enemy back towards Sukhumi, RTB.

ROE: C
As per SPINS
Addition: Weapons free on all enemy installations unless they are moving into built up areas.

ARCTIC1
Establish cap at either CAP C or CAP D depending on the request from Stingray. High possibility of enemy cap close to the border at Sochi and further enemy aircraft from Novorossijsk.

* Depart Mother 07:15
* Report to STINGRAY and standby for CAP tasking
* Refuel at ARCO1 or ARCO5
* RTB on order from STINGRAY

BENDER2
Take out the SA-6 site at Naltsjik. We need it to be completely offline (meaning all search capabilities offline). Secondly strike parked aircraft at the Naltsjik AFB. Designated WP are within 10 feet of accuracy.

GRIM7
Your mission is to render the runway at Sukhumi. Due to the frontline and heavy air defense in that area you might need to attack from the east to west via the mountains. Air defense at Sukhumi consist of mainly 23mm and 60mm. No SAM systems reported other than the SA-10 at Sochi.

HAWG8
Your mission is a bit complicated. The Russians do not expect an attack, especially not from the air by us. We expect them to start move back ones we start our attack. Your targets are located on the northeast of the Inguri river. Waypoint H, I and J. We want you to press them hard to force them to fall back to their lines at Sukhumi. If they don’t move…. Well sorry on their part.

INDY9
Establish cap at either CAP A or CAP B depending on the request from Stingray. High possibility of enemy cap close to the border.

* Depart Kutaisi 07:15
* Report to STINGRAY and standby for CAP tasking
* Refuel at SHELL
* RTB on order from STINGRAY

JESTER1
Take out the SA-10 site at Beslan. We need it to be completely offline (meaning all search capabilities offline). Secondly strike at the command center located downtown at Beslan. Designated WP are within 10 feet of accuracy.

RAGE9
Your mission is to clean out any or all the enemy FOBs located in and around the town of Kutaisi and closed to Kutaisi AFB. There is a strong possibility that the enemy forces will launch an attack when they know what we are up to. Secondly to provide security around Kutaisi AFB.

* Depart Kutaisi ASAP
* Report to STINGRAY.
* Push to WP1 and 2
* Refuel and rearm at Kutaisi
* RTB on order from STINGRAY 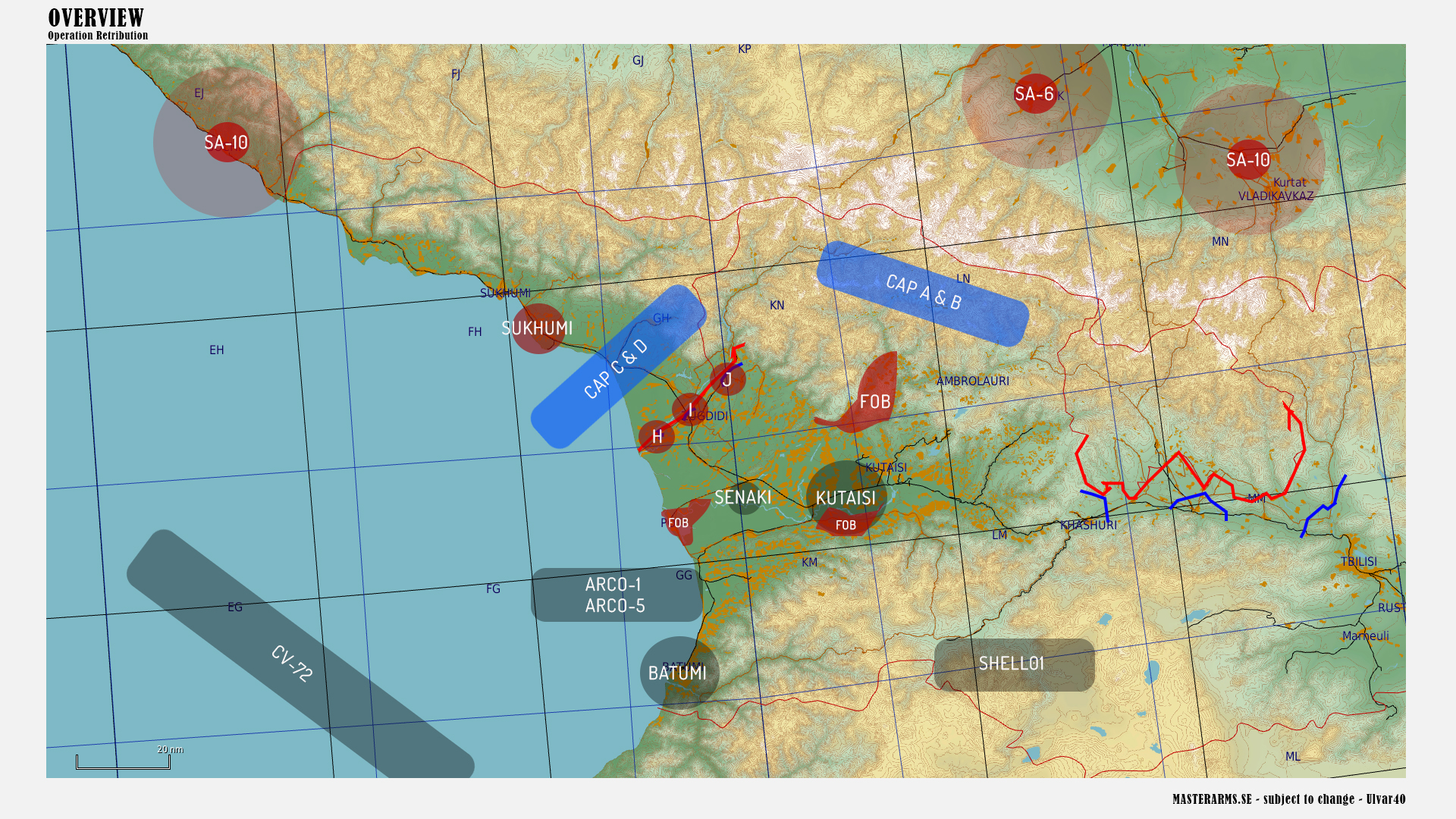 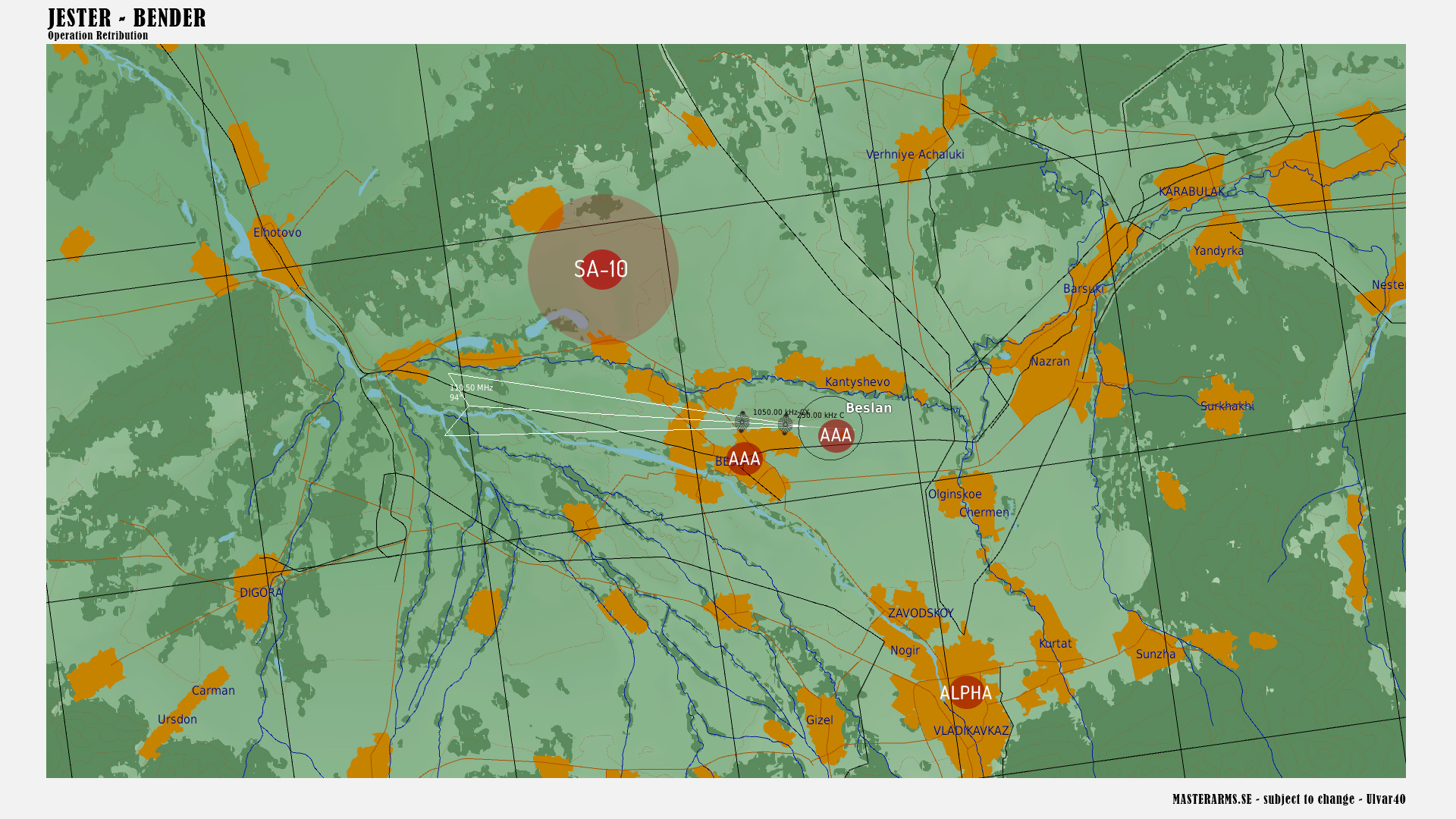 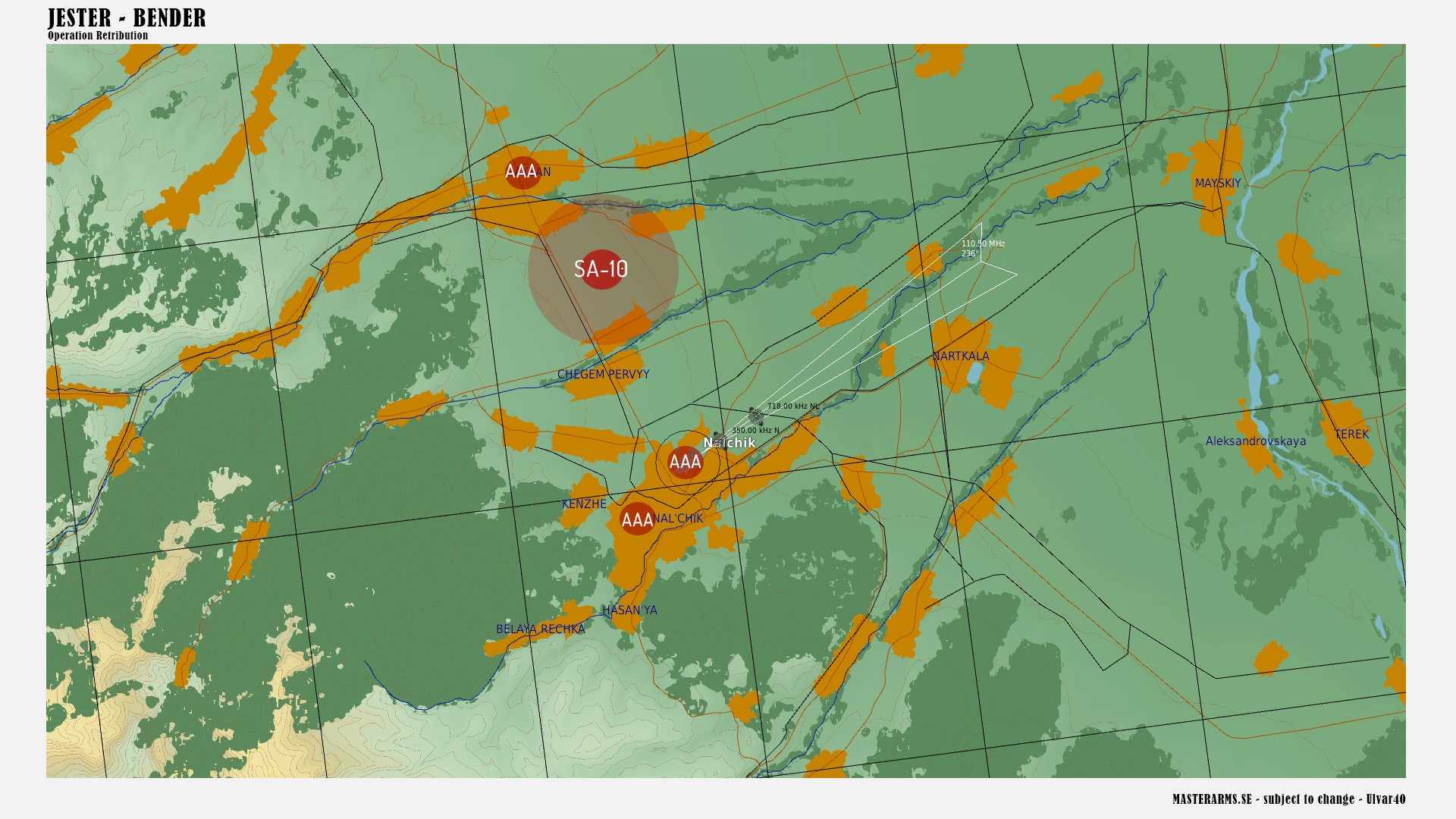 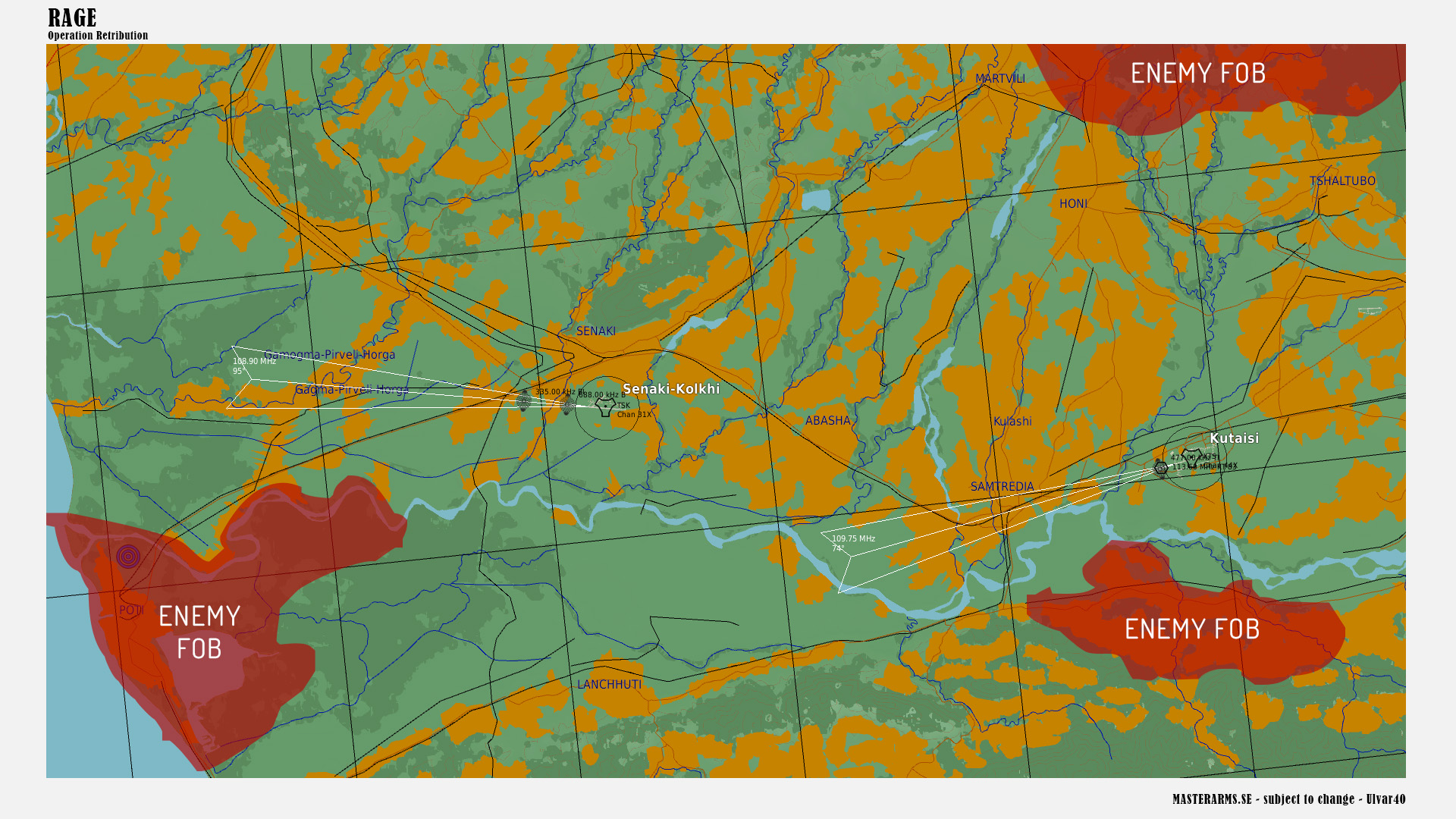 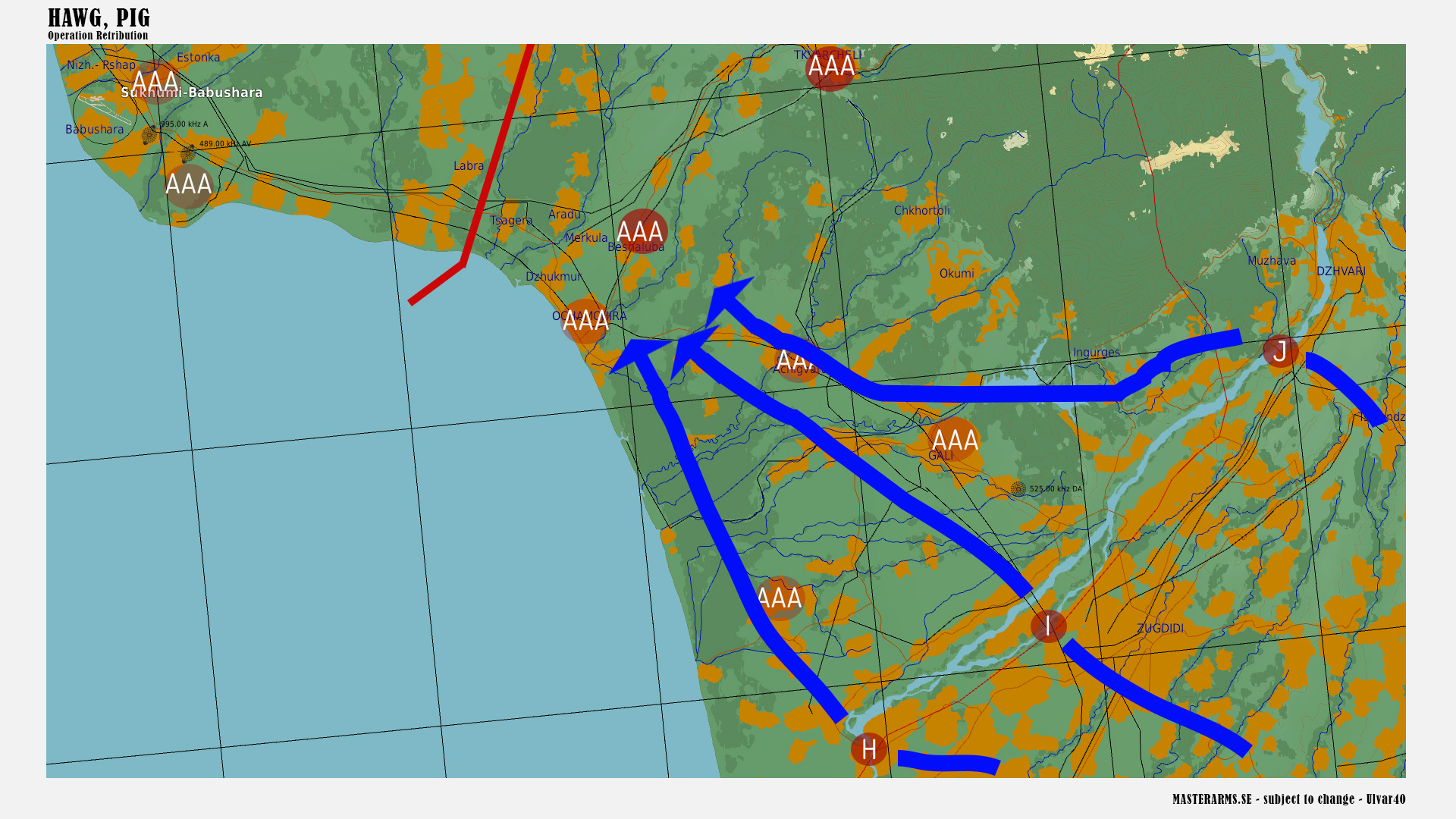 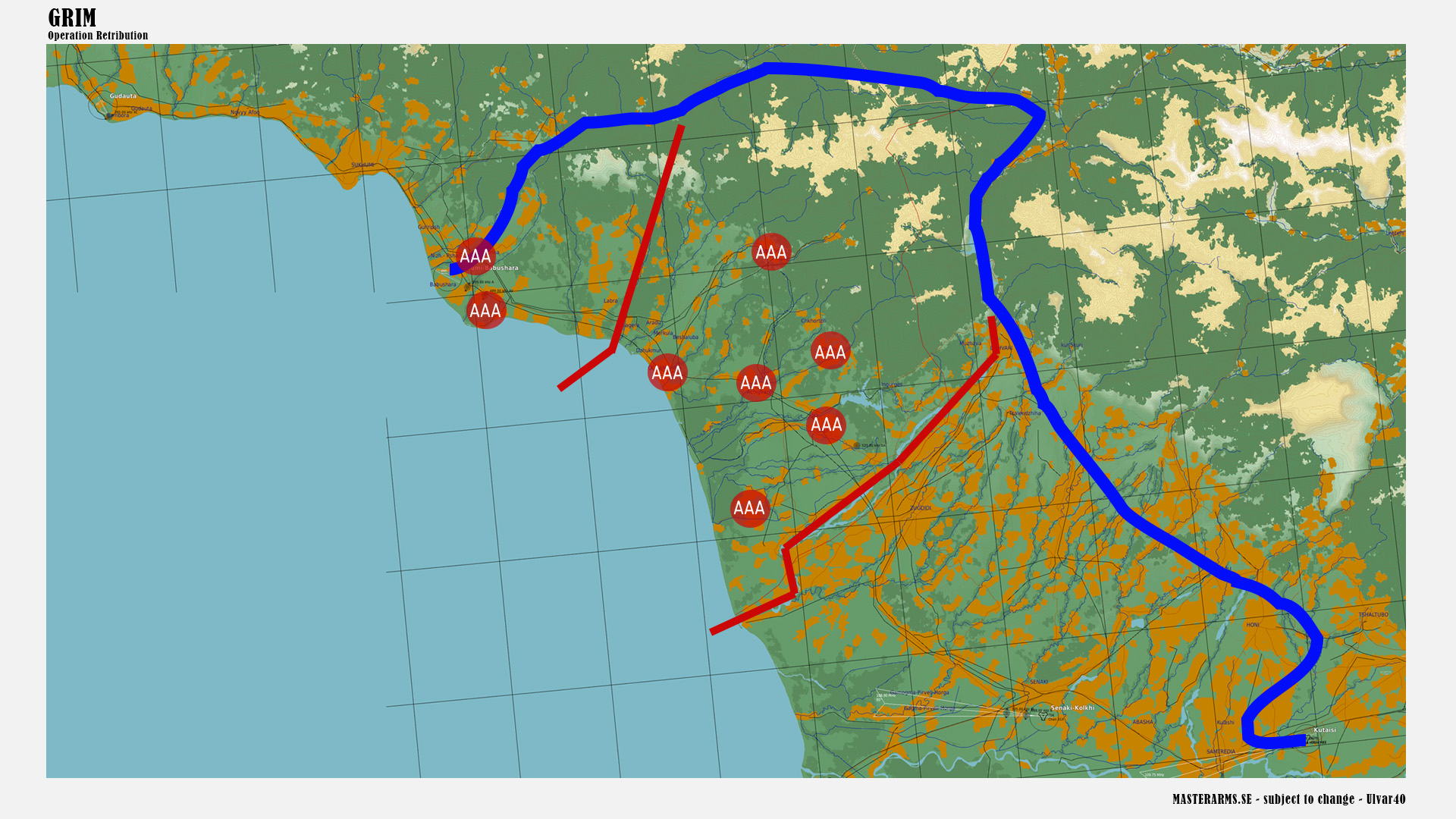