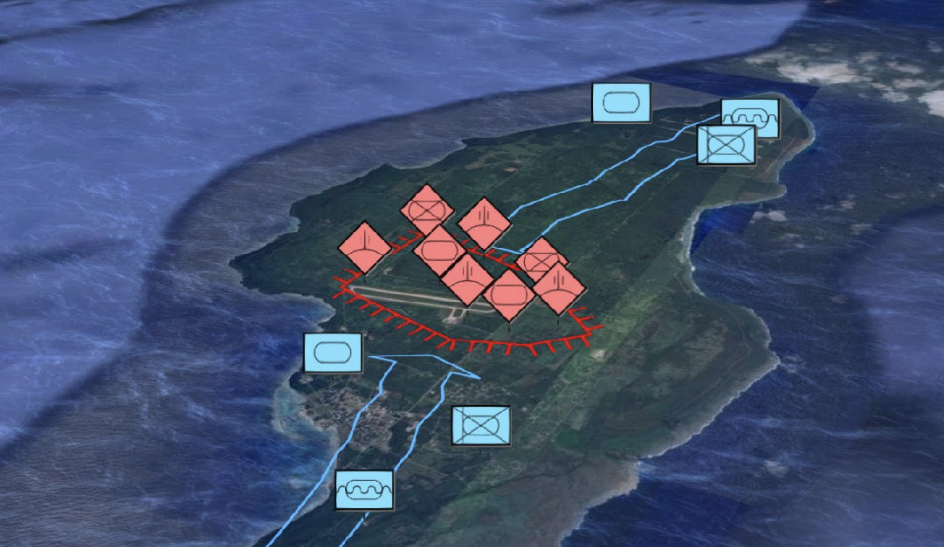 This is an IAF community that they have invited us to participate in. Members that are well integrated in MA and know their primary aircraft well may participate. Signing up verifies interest but does not guarantee a slot. I will make sure we join this event as a number of 2- and 4-ships will solid leads for each flight.

We have the following planned event that we will be very happy to invite Master Arms:
We are planning a big mission USN &USAF vs China PLN & PLNAF for Thursday Dec 15th at 19:30Z (20:30 Swedish time).
Since we prefer semi-milsim minded participants that enjoy roleplaying, this is not an open event, I am sending invite only to specific squads and persons.

Some background for a better understanding what this is about:
This is actually mission no.8 of an ongoing campaign on the Marianas that we’ve been playing since May 2022.
It is PvP – Force on Force and we have been using the Liberation engine for world persistence from one mission to the next.
The background story is that China launched a surprise attack on both the 1st and 2nd island chains i.e. both Taiwan and the Marianas.
The fighting in Taiwan is ongoing, and is outside the scope of the theatre, so it only has an indirect effect to the campaign from a story telling perspective, sort of forcing it to be a limited conflict in the Marianas due to real world events going on elsewhere
The campaign starting point was that China managed to surprise the US by quickly capturing Saipan and Tinian.

The first 2 – 3 missions were characterized by the US being on the defensive with limited resources, doing its best to halt the Chinese bulldozer advance on Rota and Guam. The USS George Washington entered the theatre in the nick of time to help defend the islands and the guys flying BLUFOR actually did quite well with the limited resources available to them in those first three missions.

Missions 4-6 were primarily offensive actions against Saipan and Tinian, softening them up for a Marines invasion which took place on missions 6 (Saipan) and mission 7 (Tinian).
The situation right now is that Saipan is secured and the airport is available for operations, but Tinian still has some enemy forces holding out around the airfield, making it too dangerous for landing.

So in mission no. 8 there will actually still be some nice work hunting down the last PLA defenders on Tinian for AH-64 and A-10C pilots who wish to participate with those specific modules.

The main objective of the USN & USAF for mission no. 8 will be the big alpha strike on the Chinese CV task force to the North that is now trying to escape after losing the battle for the 2nd island chain (Marianas).
The IAF team has been working on an elaborate attack plan that requires skillful aviators that appreciate big events and organizational role playing, with participants expected to have good comms discipline, Time on Target, keeping with your flights, chain of command, etc.
I would like to know if you would be interested to join us in this last mission on the BLUFOR side with many modules available for your choice. F-16, F-18, F-14, AV-8B, A-10C, AH-64. There are good missions for all these modules!