It has been an absolute joy to watch Master Arms increase the overall proficiency in basic flying skills whether it has been through the introduction of CV ops., overhead break training or visual navigation. Let us continue with some intimate departures and arrivals.

Pilots will be placed in sections of two aircraft each. At first the most senior pilot will lead each section but the intention is to switch after a few patterns.

Depart runway 07 at Kutaisi using MIL power and leave via Exit East, climb to 1600 feet (1500 AGL) and maintain speed close to 300 knots. Make a left hand turn back west to set yourself up for a formation landing.

Pairs of aircraft will line up in the middle of each runway lane, the runway centre line should be right between the two aircraft. A proper formation position should be established at this point.

Place the tip of the AIM-9 in line with the pilot. This position works well for most aircraft though variations exist.

Once a correct position is established flight lead should inform his wingman (On intercom) to get ready for take off by instructing a spool up to XX% (Hornet 85%, Viper 90%) while depressing the wheel brakes. The wingman responds when ready and stands by for brake release.

Flight lead calls Brakes, brakes, brakes with a constant beat and on the third beat the wheel brakes are released. If done correctly both aircraft should now be rolling down the runway in perfect formation, in practice there is often some differences but generally this works well. Since we were not able to hold position in MIL power a throttle adjustment must now be performed. Flight lead will inform adjusting power and increase to MIL before decreasing a few percent immediately after, to give the wingman some thrust advantage.

The wingman must now maintain lateral distance to flight lead and also be aware of his own position relative to the runway edge, use rudder carefully. Longitudinal position is maintained using variations in thrust, be careful not to activate afterburner.

Shortly before rotation speed is reached flight lead announces rotate and commences a gradual movement of the joystick to slowly rotate the aircraft. It is imperative that the wingman does not overrate since this will place him above flight lead, take it easy and lag slightly behind flight lead in the manoeuvre.

Once airborne and flight path is stabilised flight lead announces and raises gear.

Around this time in the departure a thrust reduction is necessary to maintain 300 knots, flight lead gives a heads up and proceeds slowly. When the wingman feels comfortable enough, and if he is able, he might tighten the formation somewhat.

Fly a pattern according to the chart below. Monitor radar if available and call out any obvious deviation from traffic ahead, or announce if you decide to deviate. A wider pattern might be requested by ATC.

This pattern gives a final approach of about 8 nm so when established inbound start configuring for landing. Flight lead announces an upcoming change in configuration, Gear down in 3, 2, 1, now!

Flight lead should strive to make as few thrust corrections as possible, if you end up 5 - 10 knots above your intended approach speed, stay there.

When passing 500 feet the wingman should separate in order to match the runway width. Do this by including the runway in a scan pattern, focus mainly on flight lead but peak carefully towards the runway from time to time.

Flight lead announces a flare if applicable. And slowly lowers the thrust to idle during the last 50-30 feet. Use the entire runway and vacate to the south for a taxi back to runway 07. 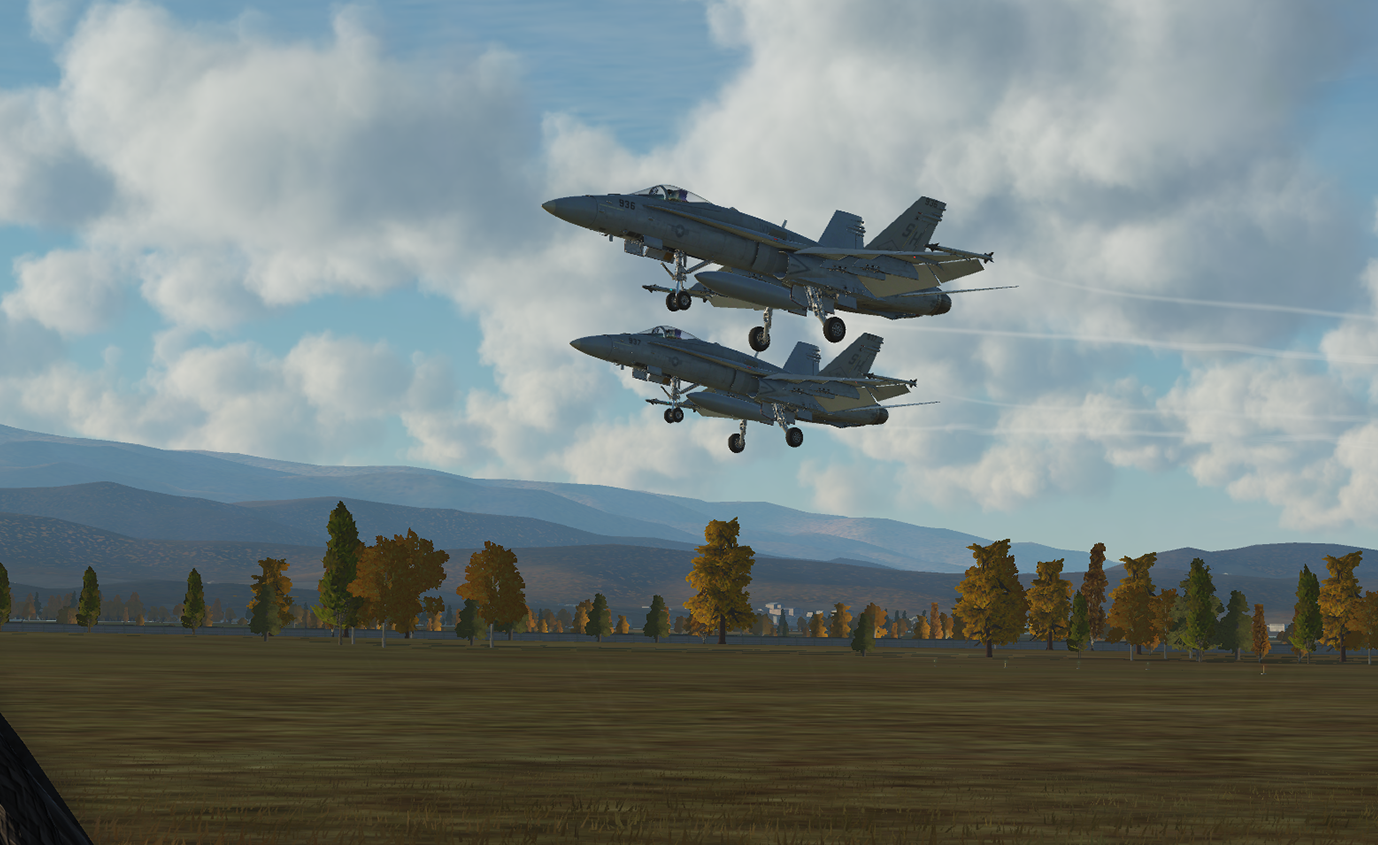 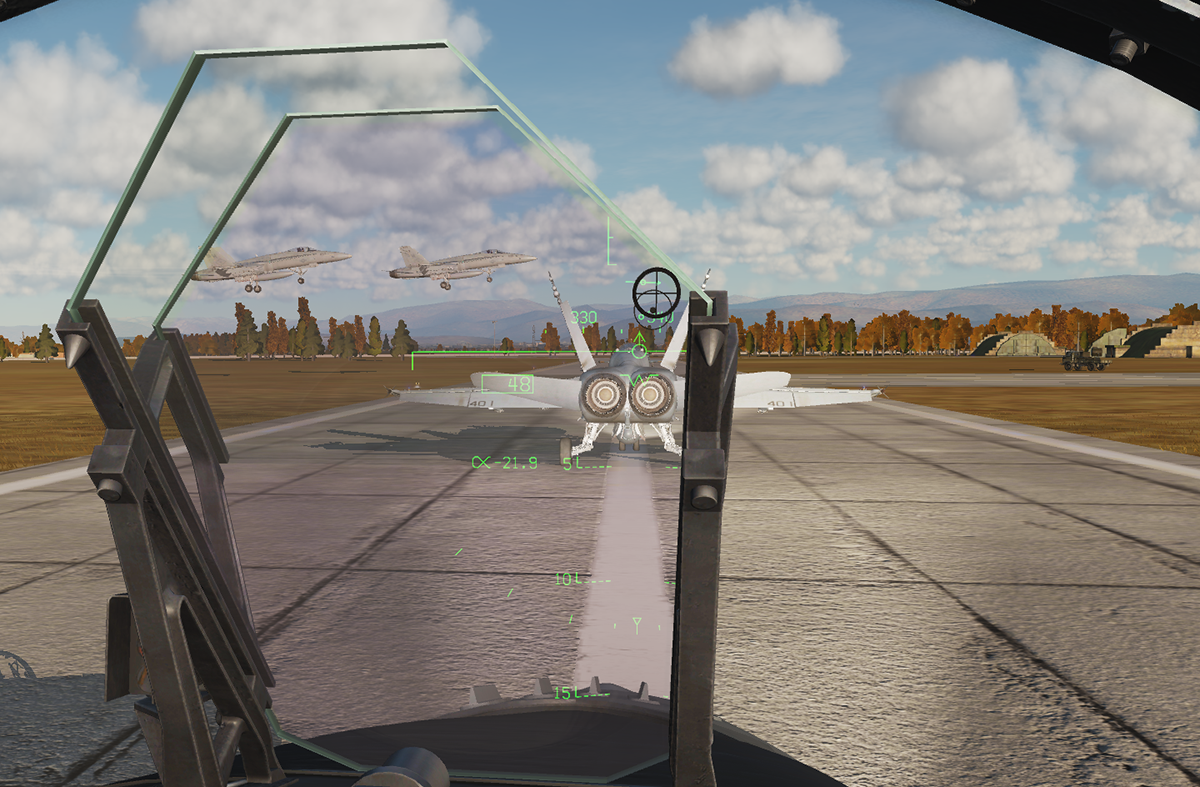 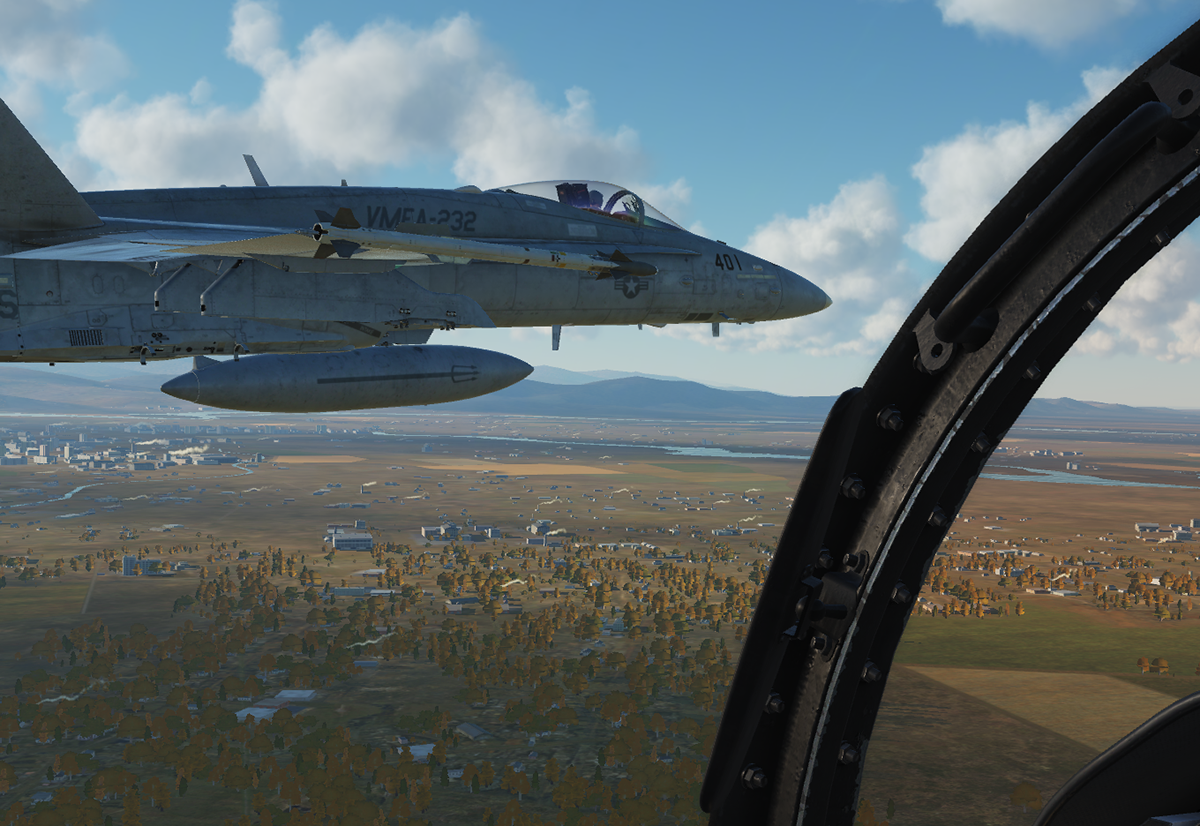 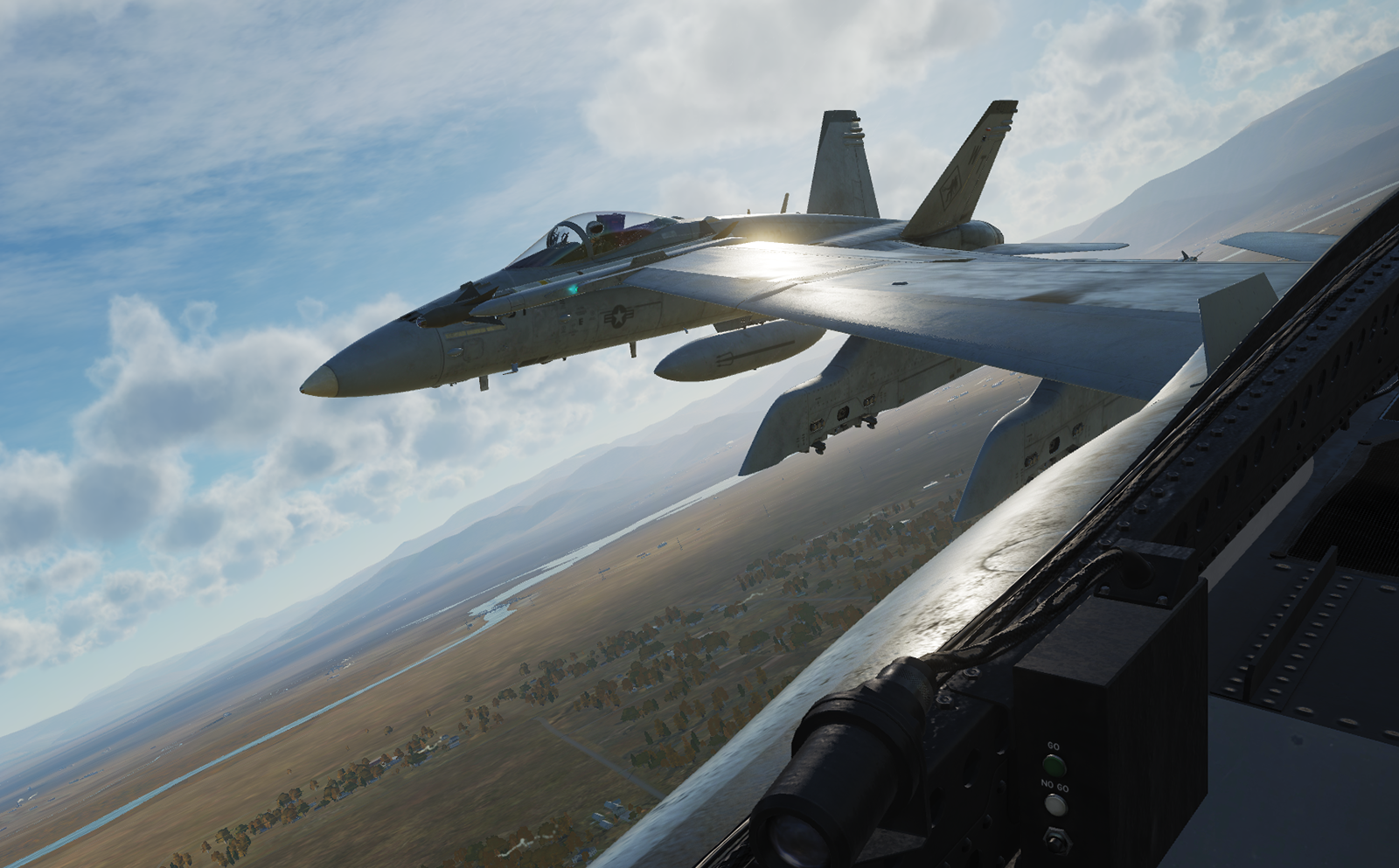 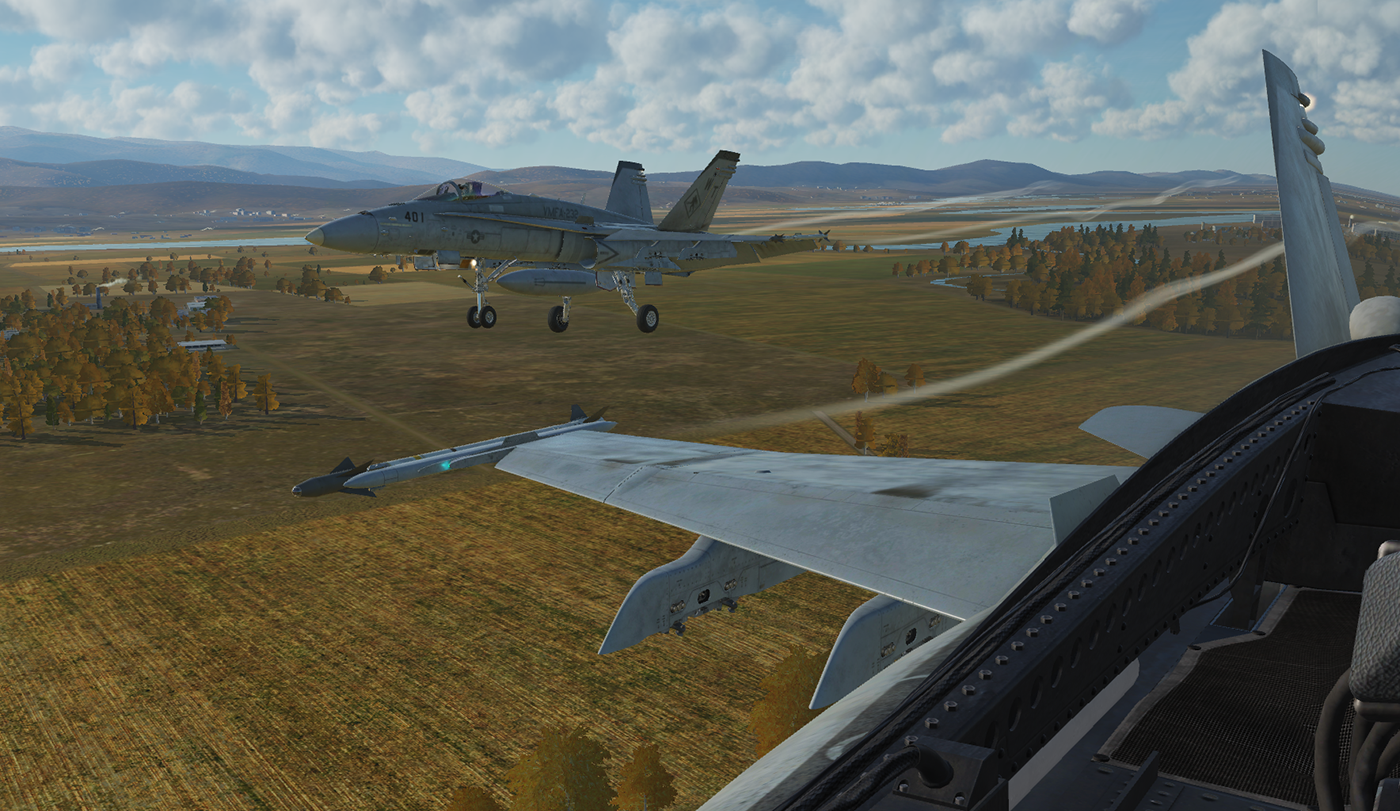 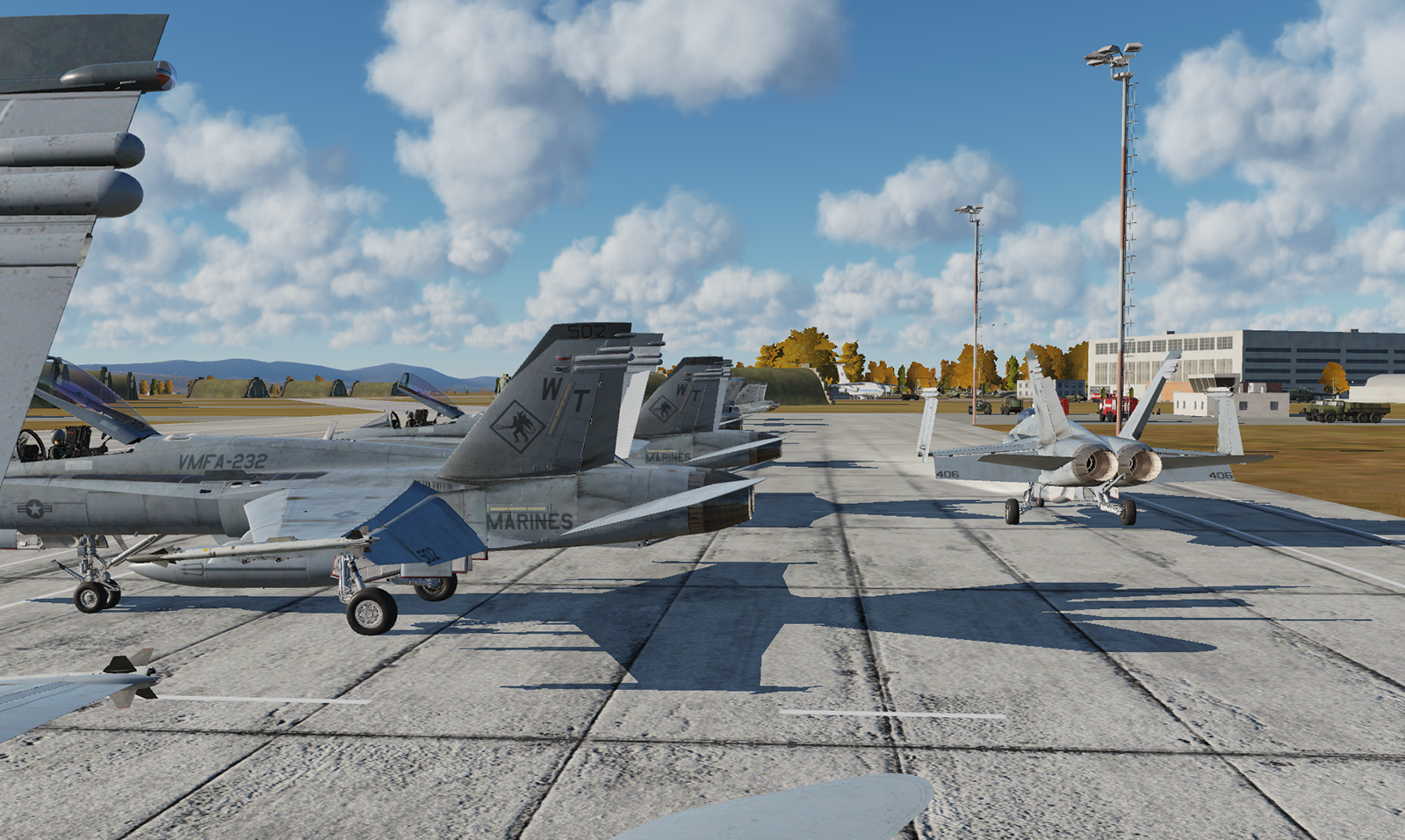